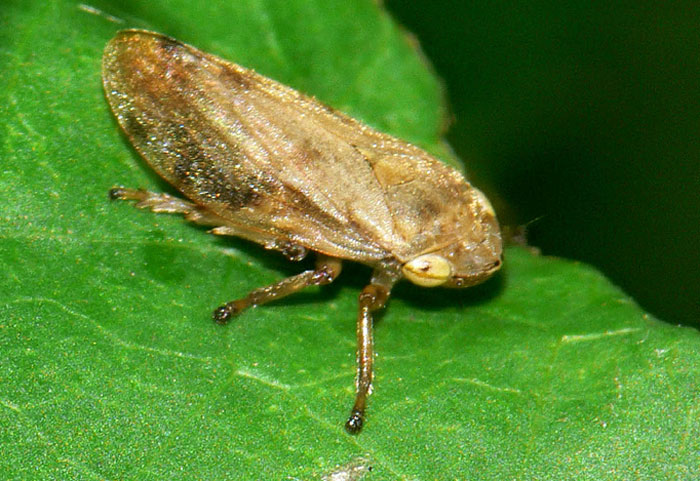 Its adult oval is frog-faced,  which is approximately 6-10 mm long. These are mottled brown and black in color, which almost looks similar to leafhoppers. Adults are very active and jump on tampering. Its Nymphs are yellow-green and look like adults, although it does not have wings, it is found in a foamy mass. The egg is white.

There are some plants that Spittle bugs like most. The ornamental grass and herb plants attract more of it. Strawberries, roses, chrysanthemums, morning glory, Bermuda grass, clover, and ostrich are some specific plants on which spittlebugs are often seen. 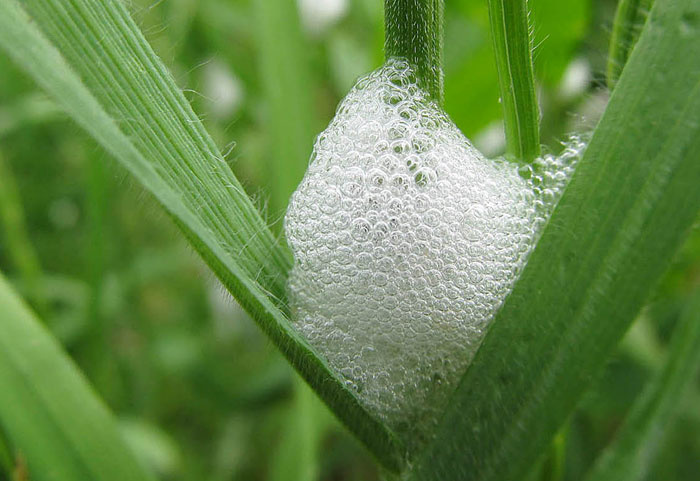 Organic ways to get rid of spittlebugs

Below are some excellent solutions that will help prevent spittlebugs.

You should check your garden plants thoroughly and wherever sputum-like substances appear, spittlebugs are there, you should remove them from your hands and if you are worried about touching it with hands, Can wash it. This is the easiest way to get rid of them. Another option which is quite popular nowadays is bug zapper.
It is a bug controlling system; it kills bugs, mosquitoes, and other flying insects through electrical discharge. By using it you will get rid of light spots other than spittlebugs. You will have to use chemicals if you are severely spread.

Spittlebug lives in debris and other dirt areas around the garden. These eggs are destroyed with regular cleaning of the garden, and their population growth stops. Apart from this, the old waste trees and plant matter will also get rid of it.
Before the start of every growing season, remove the content of the old plants, it will hatch the limit of their number. These are found in fall leaves and beans, so destroy it immediately.  Find it more.

Using Row covers, you can easily get rid of Spittle Bugs, it is also effective and cheaper too. Row covers are made of light clothes or plastic, which protect plants from these bugs. In these covers, there are small holes so that the rainwater easily comes in and allows the inside of the heat to go out. Spittlebugs are fond of grass, so cut the surrounding pit and grass field. The grass is the main food source for this

Organic insecticide spray made by garlic lets you easily get rid of spittlebugs. This spray made by garlic and red chilies has a double effect on it. Mixing puree chili, garlic and water together, you leave it for one day. Then mix the organic liquid soap in it. Mix it well in a spray bottle, and spray it on the plant. Spray always in the evening or in the night, during the afternoon it will burn the plant in the presence of the strong sun, and eventually, the plant will die.

We have already read about neem oil spray, how effective it is on pesticides. Use neem oil or citrus based oil to reduce the panic insect, this will easily control insect, it is not even harmful. Mixing liquid soap with neem oil and water while preparing the spray, because oil does not mix in water.

The use of organic pesticide soap has also been read in the old post for pest control. There are many organic pesticides soap available in the market, so you can easily get rid of Spittlebugs in addition to another insect. Organic soaps contain potassium salts of fatty acids that brack down the outer shell of the insect, which is caused by dehydration and loss of body fluids. Mix small pieces of organic pesticide soap with water and spray it. Do not spray the presence of the sun or in the hot atmosphere, otherwise, your plant will die.

If the use of chemicals is considered to be extremely bad and dangerous. It contains such toxic substances that harm the insects as well as the human body. Use them only when the problem increases. Use organic pesticides if the problem is suitable to control. Some chemicals such as cyfluthrin, deltamethrin, and bifenthrin, etc. are available for the treatment of spittlebugs. Many of its brands are available in the market.

Read also: How to get rid of Mealybugs an organic way.  How to control Black Spot on the rose leaves.  8  Frugal Gardening tips. Organic gardening: How to make Organic compost.  How to improve your garden Soil.  Growing Ridge gourd at home.  Rose fertilizer.