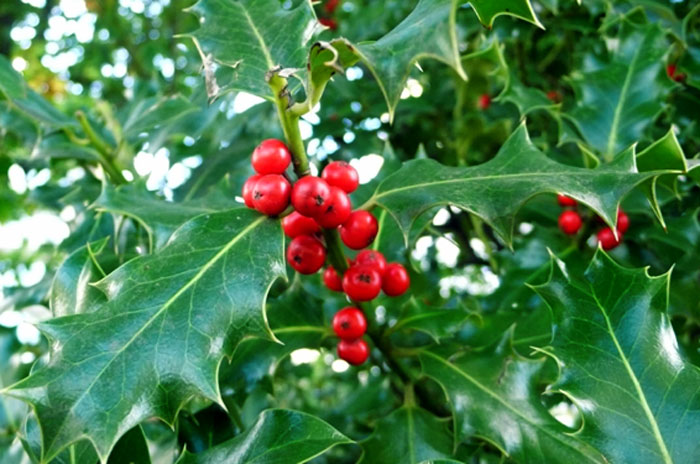 Find out how to grow holly trees in a container and growing condition holly Plant, Holly Plant Care etc. Holly tree (llex ) is a member of the family of low-maintenance and evergreen plants, which can grow up from 12-inch bushes to 50 feet big trees. Holly plant is attractive and valuable for its bright leaves and colorful berries. Most of its varieties are suitable for U.S. Department of Agriculture hardiness zone 5 through 8. However, some varieties of it, such as Yaupon Holly, are suitable for USDA Zone 7 to 11.

The Holy plants had a long garden history; many 17th century nurseries had introduced it in more than 30 different forms. There was a large collection near Charles II and Elizabeth Mali John Evelyn Sayes Court in Kent had a huge Holly Hedge at the house.

Holly plants prefer well-drained and sandy soils, although they grow in all types of soil, you should avoid water logging soil. Holly performs best in partial shadows, although most of its varieties can tolerate full sunlight. The plant likes a little acidic soil. If organic substances (such as shredded or chopped bark) are used during planting, it helps in reducing soil pH and improves soil quality. At the time of planting, using sulfur-based fertilizer can reduce the soil ph.

Since the holly tree is grown in containers, so it is more sensitive to drying. So make sure the container is well fed regularly.

Prepare the site well by removing any weed or grass and make enough holes to adjust the root ball. Carefully remove the plant from the container, and tap if necessary, slowly and secure in the hole. Make sure the plant is placed in the same depth as it was in the pot. Throwback the surrounding soil into the pits after planting.

After the seeds are spent outside the entire summer and winter, the seeds are ready for sow(for example, seeds are collected in December 2017 and sown spring 2019). Once they are developed, they do not bother their roots. Therefore, it does not need to be troubled once it grows in a container. Plant each container according to a seed. Cover the seeds with a little compost and firm.

The promotion of Holly shrubs is easy but it takes a long time to develop. Most people develop holly plants through cutting medium. For this, fill a container with sterile, nutrients poor medium sand or half-perlite and peat moss. Now immerse about the 6-inch long cutting of a healthy plant into a rooting hormone and place it in a potting mixture, and plants when the roots are established.

There are four seeds in each Holly berry. Seedling is a bit difficult because seed germination is very slow, in many places it takes sixteen months to three years. In addition, holly bush may take about three years to produce any flower. Read more.

How to grow Holly tree in a container

Berries are on your holly tree

Holly trees are mainly dioecious. This means, in most forms, male flowers are on a plant and women on the other. For both the berries it is necessary for bees to pollinate between the flowers. If there are so many gardens around your plant then it is easy to get pollen. Although it is safer to plant at least one male holly. He serves the women of Harem.

Pests problem with a holly tree

There are some common pests and diseases that harm the Holy Bush, however, hollies for most areas are very hardy. There are some problems that are actually due to environmental conditions. Scales, mites, leaf miner, etc. affect hollies most. There are different types of holly trees in which they are more popular.

American Holly: It goes up to a height of around 50 feet.

Chinese Holly: Goes up to a height of about 8 feet until it ripens.

Michigan Holly / Winterberry:  The leaves of this Holly falls on November and colorful red berries appear.

Japanese Holly:  They go up to a height of about 12 feet.

Dwarf Holly: This approx goes up to 3 feet in height and is suitable for borders. Read more.