Milk in the garden as a fertilizer

Milk increases the beneficial microbes found in the soil. In the previous post, we had read that this nutrient creates a rich soil, the need for air, water and organic fertilizer in the rich soil. Microscopic worms and organisms, they get a proper environment in the healthy soil to grow these worms, small insects, and microbes.

Many gardeners use it as a fertilizer in the garden, although this method is not yet widely discussed. Amino acids, proteins, enzymes, and natural sugars are such elements that are helpful in making milk in humans and animals. This nutrient small insects, fungi, micro-organisms and worms found in the soil use these nutrients as food. Find it more. Giving information about the wonderful use of milk in the garden Nature Bring

You and we all use it in different ways in your house, but you have ever wondered how effective milk is for the garden. We have read the use of cinnamon, fruits and vegetable peels, Epsom salts, vinegar used in the garden. 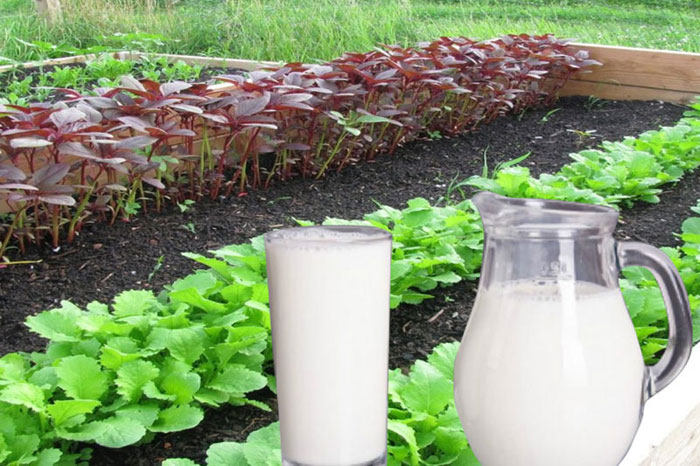 1. Milk as a fertilizer

Like a good fertilizer, you can use milk in the garden. As you have read in the previous post, microbes will decompose any Organic matter. If you use 20% water in the 100% milk consumed in the house, it will not cause any harm to your garden benefit. You and we all know that it is a good source of calcium, so you can sometimes feed it to your plant. It is a good fertilizer, you can use it directly in the garden. It plays a useful role for tomato, squash, and chilies whose flowers begin to rot in the Blossom–end-rot. Due to potassium deficiency, the plant does not increase with its full potential, and by giving milk, the plant gets adequate moisture and calcium. Read more.

*Do not discourage the use of milk because it has some drawbacks too. If the use of an excess quantity of milk,  Due to bad odor, bacteria and fat are spoil and wilt and poor growth.

* Similarly, the use of dry skim milk causes black and soft rot.

2. Used as an effective pesticide

It acts as a pesticide which is effective on aphids. It is also used to reduce mosaic leaves virus and antifungal agents. This is useful for fungal diseases such as Powder Milldev. For this you sprinkle the dilute milk mixture on the surface of leaves plant, it reduces the sensitivity of the fungus. Helpful article to read.

3. Increase the growth of soil in the garden

Use it raw in the garden; this is a perfect food for the soil, which provides food for plants and soil. It increases the activity and growth of microorganisms present in the soil. Research has shown that after the use, there is an increase in the ability to absorb soil porosity, air, and water.

Blossom-end rot is a disorder found in tomatoes, which affects tomatoes due to calcium deficiency. You may have seen in your garden several times that the blended tomato starts rotting after a time, from which the bottom part of tomatoes becomes dark brown and the fruit gets mature. Once the tomatoes are infected with blossom-end rot, there is no way to fix it. The best solution for this is that you use Powder milk at planting time; it caters to the lack of calcium during the growing season in the plant and helps in preventing this disease.

5.Using Molasses and milk in the garden

Using molasses and milk, there is a surprising effect in the garden. Junk helps feed and manages the micro-organisms found in the soil. A mixture of 1 cup milk and 4 cup water, with 3 spoons molasses, prepares an excellent meal for the plant. It is also better for those who are promoting the organic style in the garden. They must be seen using the method described above. Read it more. 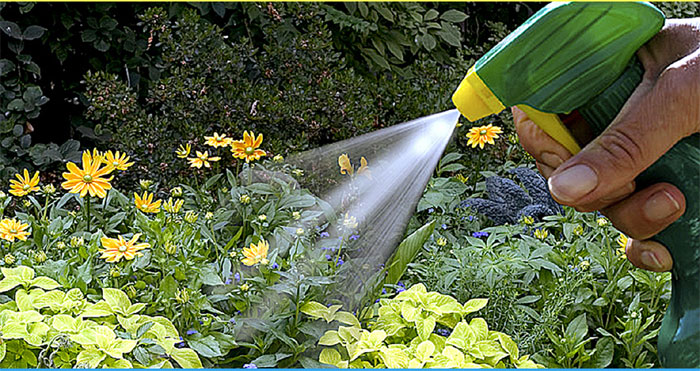 Black spot is the most common disease of roses. And if this is not given attention, then it spread with time and becomes uncontrolled.  Fungus Diplocarpon rose is the reason for this. If it is not treated at a time, all the leaves will fall off one by one and your plant will become naked. To combat this problem, dilute the milk in the affected areas and sprinkle it. It contains a called lactoferrin, which is a powerful bactericidal and fungicide. A spray of the problematic plant with mix with two parts of water. 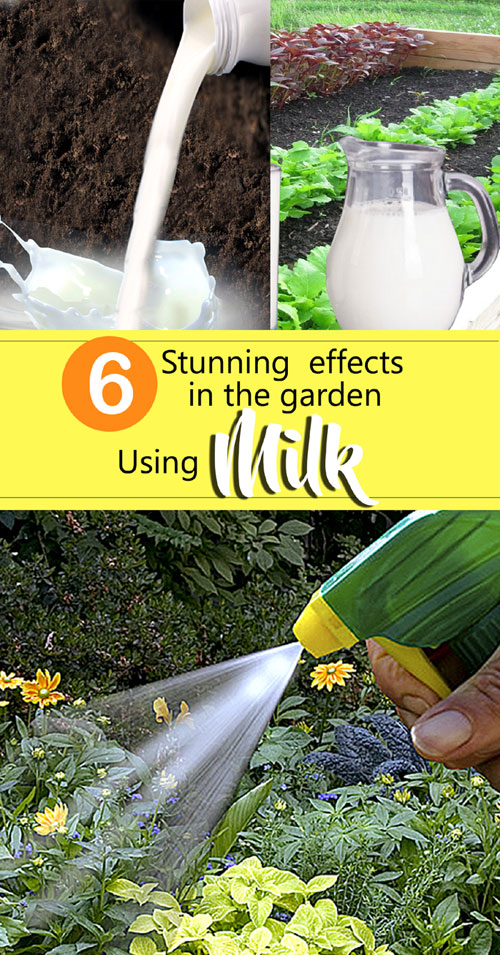